We are here to help! 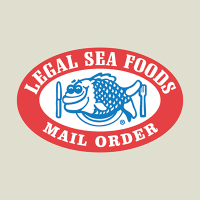 Legal Seafood’s was founded in 1950 when George Berkowitz stated his small fish market in Cambridge, Massachusetts. He neighbored his fathers store Legal Cash Market, which gave him the name Legal Sea Foods. Legal started to define quality and freshness. In 1968, the first restaurant opened and had a casual and welcoming atmosphere. Every sat at a communal picnic table to eat the simply prepared fish. People loved the food and loved coming here. Since then, they have restaurants along the Eastern Seaboard in cities like New York, New Jersey, Pennsylvania, Maryland, Virginia, and Washington, DC, as well as in Warwick, RI, Boca Raton, FL and Atlanta, GA. You can expect to find specialty seafood and non-seafood entrees, their well known clam chowder, appetizers, salads and desserts. Bon Appetit magazine said a meal at Legal Sea Foods is one of America’s “Top Ten Tried-and-True” dining experiences. In 2011 and 2012, Legal Sea Foods was named Boston’s Most Popular Restaurant in Zagat. Legal Sea Foods is great for any and all occasions. Celebrate with a gift card from Legal Sea Foods.

You are now leaving Fj.spendbitcoins.com to visit our recommended site for all your bitcoin buying needs.
Proceed
Cancel